Why Install a Commercial Security Alarm System Before Year-End?

As a business owner, you may be thinking about what improvements can be made, especially with the end of the year fast approaching. Installing or upgrading a security alarm system is always a wise investment. Aside from the benefit of protecting the premises, it also provides tax breaks. If you're curious to learn how, here's what you need to know.

In 2017, Congress passed the Tax Cuts and Jobs Act that gave businesses incentives if they invested in a security alarm system, including surveillance via cameras and fire protection alarms. These terms and the costs are specified in Section 179, which states that in 2021, the equipment costs of a new system up to $1,050,000 can be deducted. It's designed for companies that are considered small- to medium-sized. This deduction gives businesses a chance to factor in depreciation upfront instead of year after year. 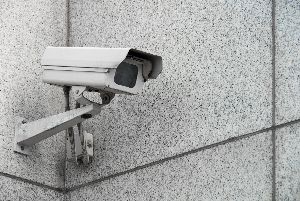 Security and fire alarm systems installed for a business within the year qualify for this tax incentive. Used equipment can also count, as long as it's part of a new installation or an upgrade for your company.

Items considered to be standard are considered as qualified purchases. For security alarm systems, this means surveillance cameras, motion detectors, and window and door sensors. When it comes to the fire alarm setup, it includes smoke sensors, audible and visual alarms, and sprinkler heads and piping.

To get a sense of how much you might save, consider equipment costs of $50,000. You'd be able to deduct that entire cost, and if you're in the 35% tax bracket, you could yield an incentive of $17,500. This could bring the total cost of your new security alarm system after taxes to $32,500.

How to Protect Your Business From Holiday Cyber Threats

What to Know About Budgeting an Access Control System in 2022

How may we help? Let's talk!